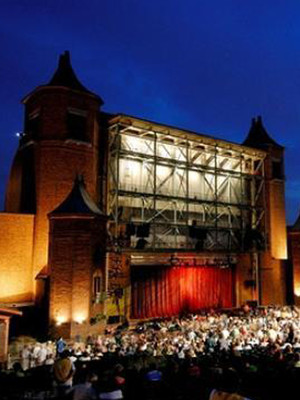 If you're happy to travel

Tootsie is also touring to:

The laugh-out-loud funniest musical of the Broadway season. Yes it's another tune-filled spin on a hit movie...but this one is actually good

Alert me on return

Flying Out On Tour

After wowing critics and audiences on Broadway, the eleven-time Tony-nominated Tootsie is heading out on its first national tour! Adapted from the 1980's film, Tootsie features original music by Tony Award winner David Yazbeck (The Band's Visit) and a book by Tony nominee Robert Horn. This brand new musical comedy follows one failing actor whose terrible behavior sees him take on a larger than life new personality to start a fresh...

A financial and critical success when it opened back in '82, the movie went on to receive ten Academy-Award nominations, with the top acting prize heading to Jessica Lange. Described in turns as 'Not your grandmother's Tootsie' (Director Scott Ellis) and a 'Bouncy musical (that) turns the story into a full-on satire of the narcissistic male ego' (Variety), it looks as if Tootsie is ready to take on the 21st Century with aplomb.

WHAT IS TOOTSIE ABOUT?

When obsessive perfectionist Michael is fired from a Broadway gig due to his proclivities, he decides that change is necessary - even if it means his gender. Taking to drag to pass himself off as the glamorous 'Dorothy', he soon lands a new job. But watch out Broadway, makeup and clothes are no match for this ego!

Two hours and 35 minutes with one interval

Please note that the images used are from the original Broadway production and may not reflect the cast in the national tour.

You may be required to wear a mask during this performance. Please contact the venue directly for more information.

This is a classic musical comedy with laugh-a-minute dialogue, you can't go wrong.

This review is about the original Broadway production.

Truly laughed all the way through! What wonderful talent. I certainly wouldn’t... more

Saw the show last night with my wife and we had the best time. First show... more

Sound good to you? Share this page on social media and let your friends know about Tootsie at Baum Walker Hall.